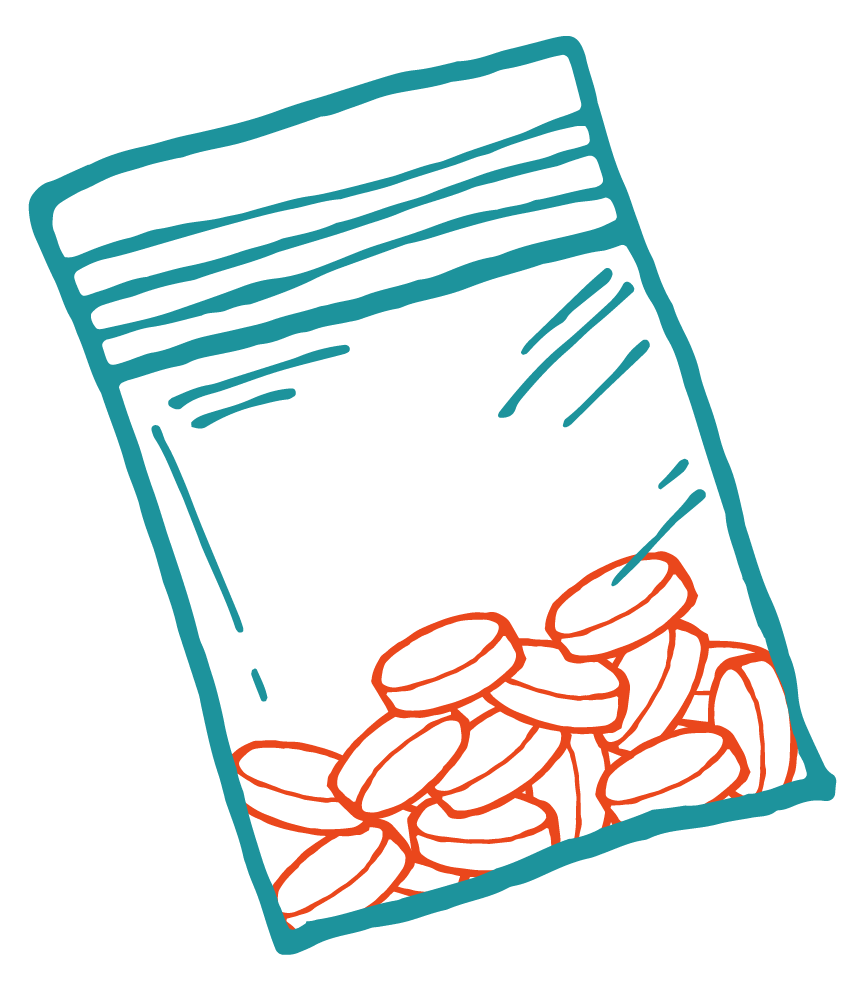 You have probably heard a lot about the opioid epidemic in the news lately. But what exactly are opioids? And why are they such a problem?

If a teenager suffered a sports injury, had dental work or surgery, the doctor might have prescribed pain medication —maybe a prescription opioid like codeine, Vicodin ® or Percocet ®. These prescription opioids are used to treat pain. But these medications can also be very dangerous if misused. They should only be used under a doctor’s careful watch.

Some people who take prescription opioids for pain may become tolerant or dependent on the prescription. Tolerance means that your body requires more of the opioid medication to get the same effect. Dependence means your body has gotten so used to the opioids that you need it to feel normal. At this point, a person may lose the ability to control their impulse to use opioids due to withdrawl symptoms even when they know there are negative consequences. This is referred to as addiction, or opioid use disorder (OUD), which is a chronic, relapsing condition. In such situations, people misuse prescription opioids in ways other than prescribed or use someone else’s prescription.

Dependence on prescription opioids can develop after just five days.

In addition to opioids prescribed by a doctor, there is another kind of opioid you have probably heard about —heroin. Heroin is a very dangerous drug that is used by injecting it directly into a vein with a syringe or snorting it. The chemical makeup of heroin is the same as that of prescription opioid pain relievers. Both can be very addictive and even deadly. If a person becomes addicted to a prescription opioid, they may start using heroin when they can no longer get the prescription pills.

Fentanyl is a synthetic opioid that is 50 times more powerful than heroin. Medically, it is used to treat extreme pain. But now it’s being made and sold illegally. Fentanyl is very powerful in small quantities and is extremely hard to detect by eye. In most cases, fentanyl is unknowingly mixed into heroin, pills or marijuana. Because of this, a person may use fentanyl without realizing it and can likely overdose.

Topics in this section include: